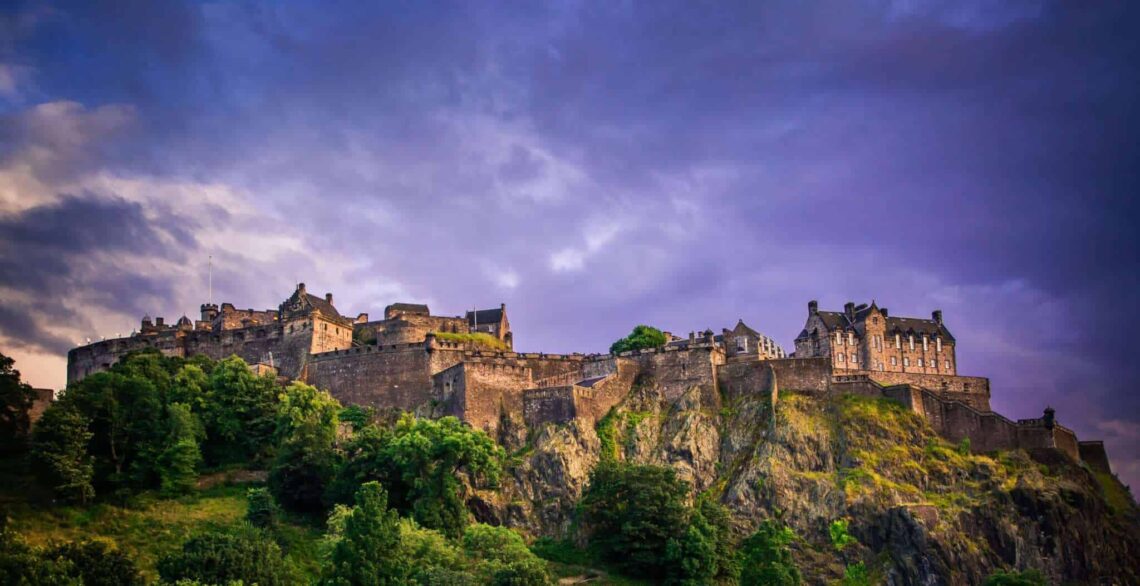 The igneous rock intrusion, now known as Castle Rock, was formed by volcanic activity millions of years ago. This plug was more resistant to erosion by glaciers at the last glacial maximum in comparison to the surrounding bedrock, leaving the famous defensive site we know today.

The protective castle walls dissolve into the exposed bedrock as if they are one entity. For the settlement of Edinburgh, there has always been a protective monument watching over the town so the rock and defence have always gone hand in hand.

The settlement built up around the site of Din Eidyn; a fortress on the rock and thriving roman settlement. It wasn’t until an invasion by the Angles in AD 638 that the rock became known by its English name; Edinburgh. Edinburgh town grew out from the castle with the first houses built on the area now called Lawnmarket and then down the slope of the rock, forming a single street, the Royal Mile. The street is so called because it was the route that royalty would take when travelling to the castle, and many did tread this path.


Have a question about our services? Let's talk.

Future trip updates!
Be the first to know about upcoming President and Patriots tours:
Talk to you soon.